Dabs are a not-so-recent addition to the myriad ways to smoke Cannabis. In essence, it’s a highly concentrated form of Cannabis extract which is smoked through a bong-like device called a Dab Rig, using a heated nail or glass bowl to combust the dab – as opposed to a direct flame.

They’re known for being extremely potent, often causing first timers to enter a lengthy coughing fit, and are renowned for having a hard-hitting, near-instant high.

This can seem daunting to those who have never heard of, or tried a dab – however many users swear by dabs as a great way not only to get very, very high; but also a fantastic way to appreciate the flavours, smells and high from various strains that dabs are extracted from.

Let’s take a little bit of a deeper look at the world of dabbing, and help get you ready to take the big puff!

What is a Dab Rig? 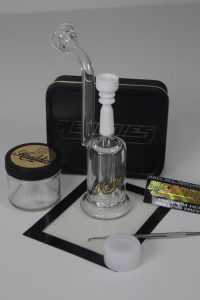 A dab rig works similarly to a bong. It’s got a mouthpiece, and a downpipe attached to a water chamber and works on a similar vacuum-like principle to most bongs. You pull air in through the mouthpiece, which creates a vacuum effect in the water chamber, pulling the smoke from the dab down into the chamber, then filtered through the water and into your lungs.

While there are a number of variations of this mechanism, the core principles remain. The main difference between a dab and a bong (aside from flower vs extract) is the combustion method.

Dabs are a gel-like substance that come in a number of forms (which we’ll cover later on), and as such will begin to smoke and melt when placed on a heated surface. The most common kind of dab rig contains a metal “nail” where the bowl of a bong would be and is heated with a blowtorch.

Then, the dab is ‘dabbed’ (making sense yet?) onto the nail and speedily smoked before the smoke melts away. In more recent years we’re seeing easier and safer ways to enjoy dabs, but we’ll get into that a bit later too. 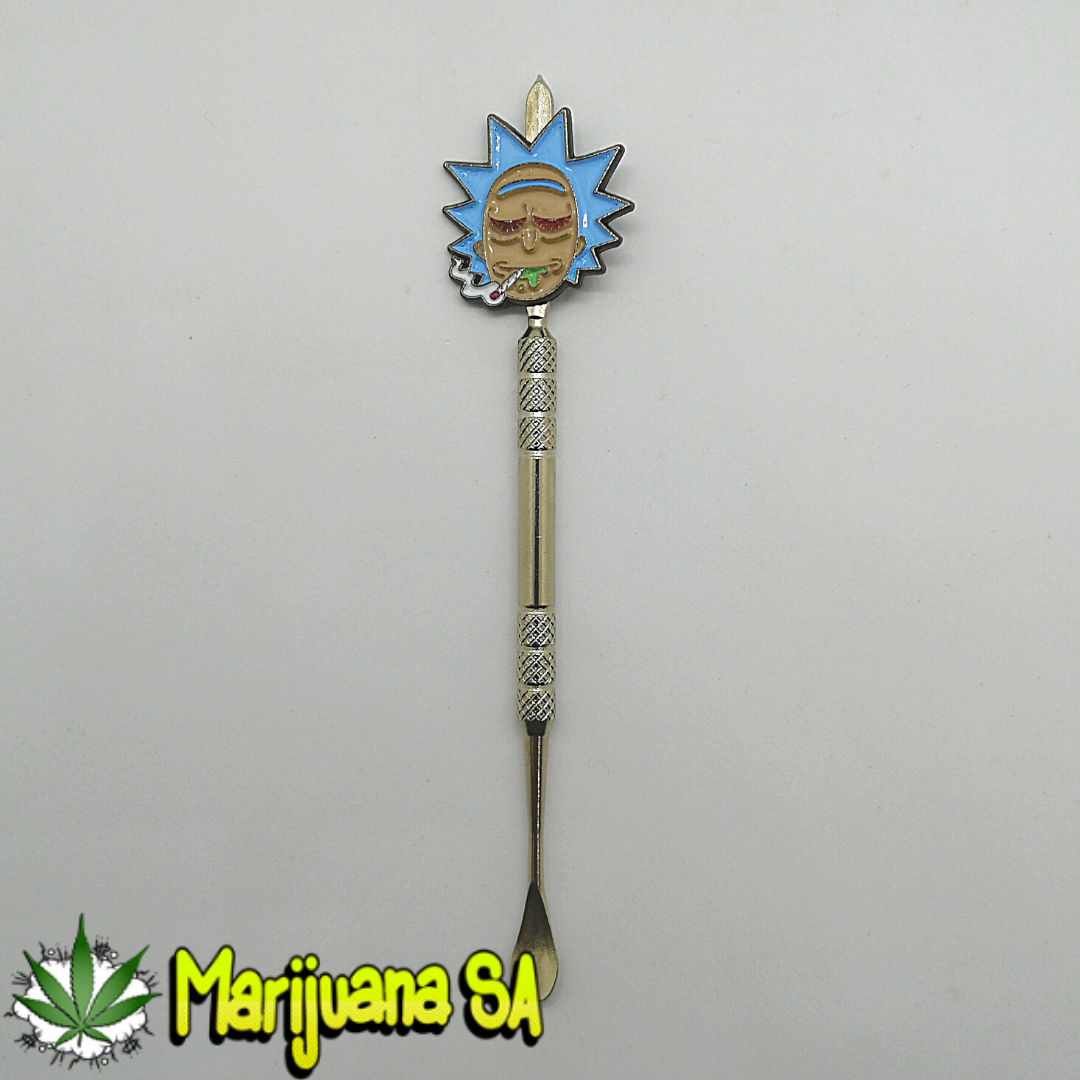 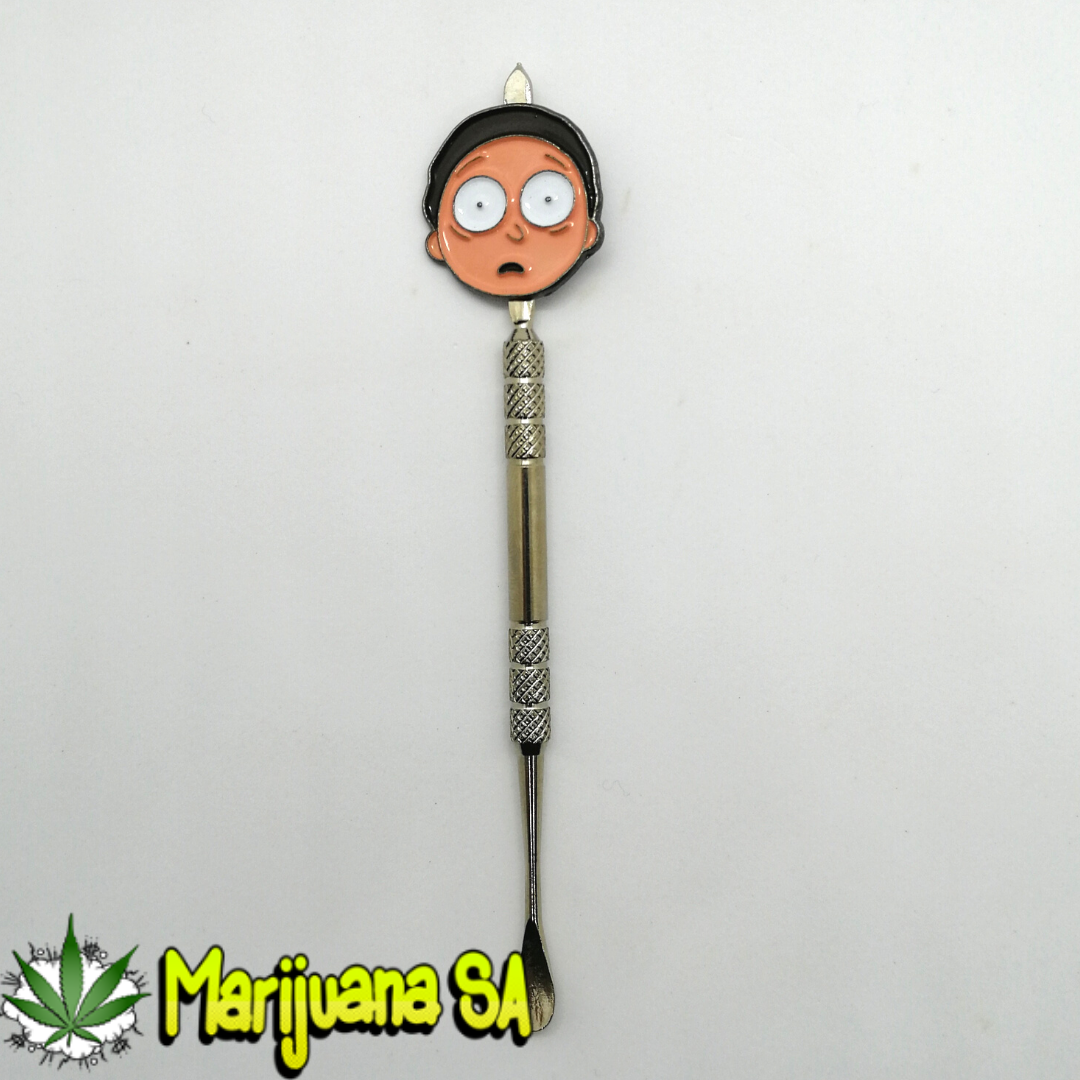 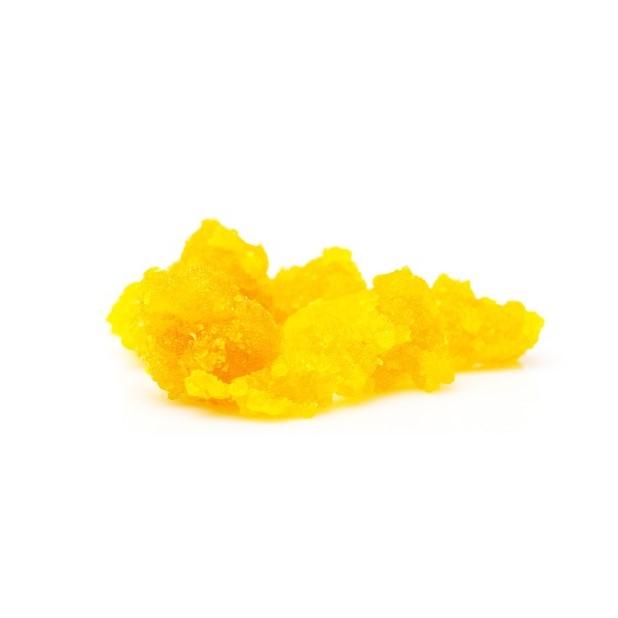 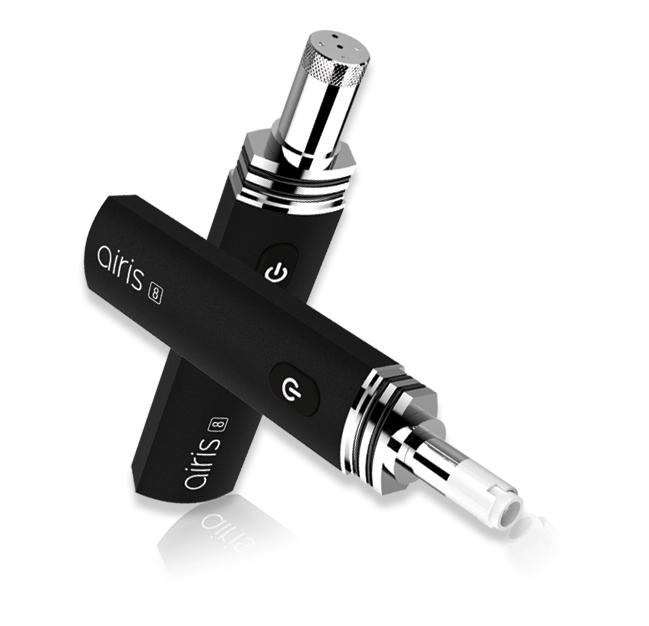 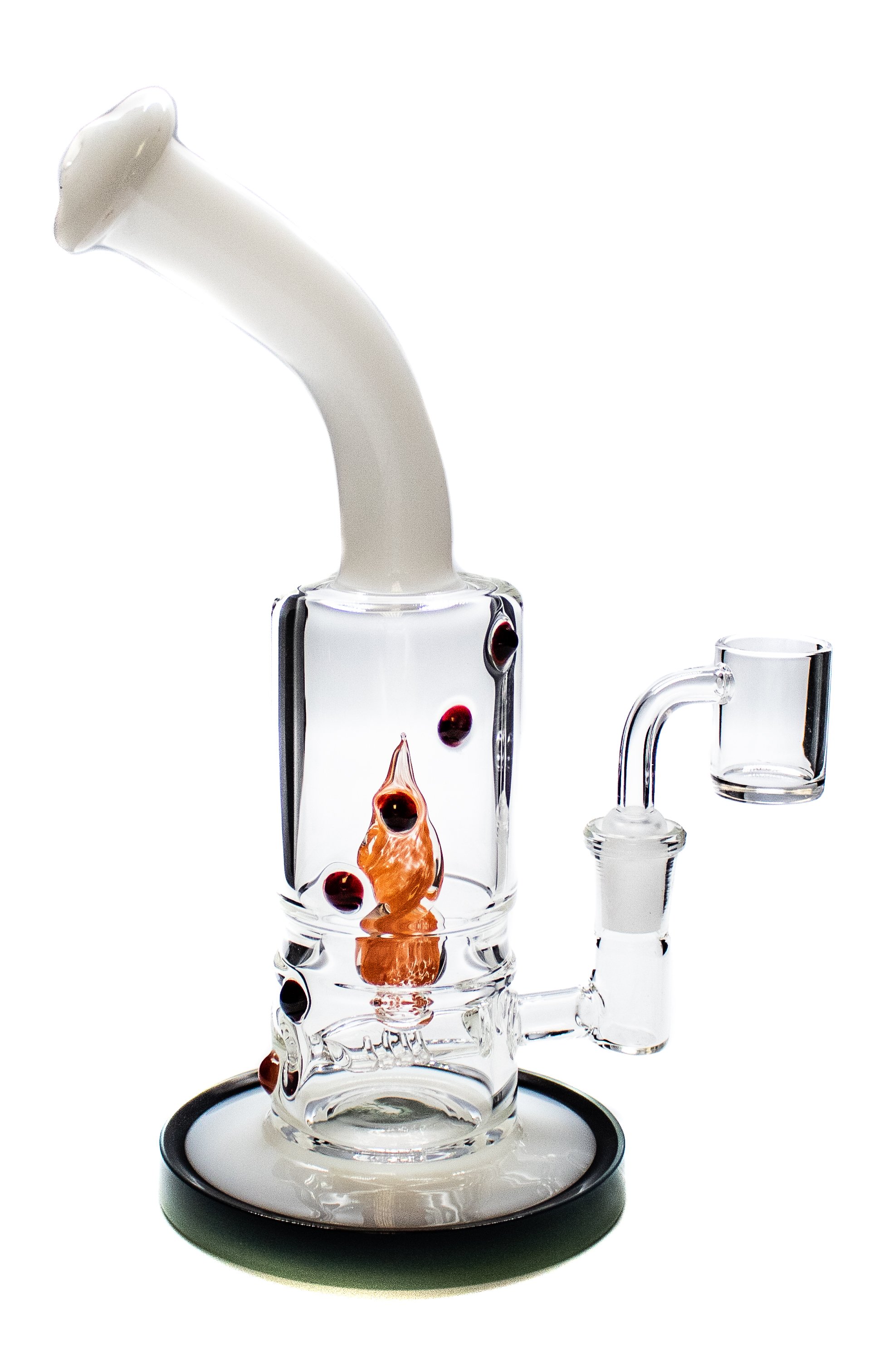 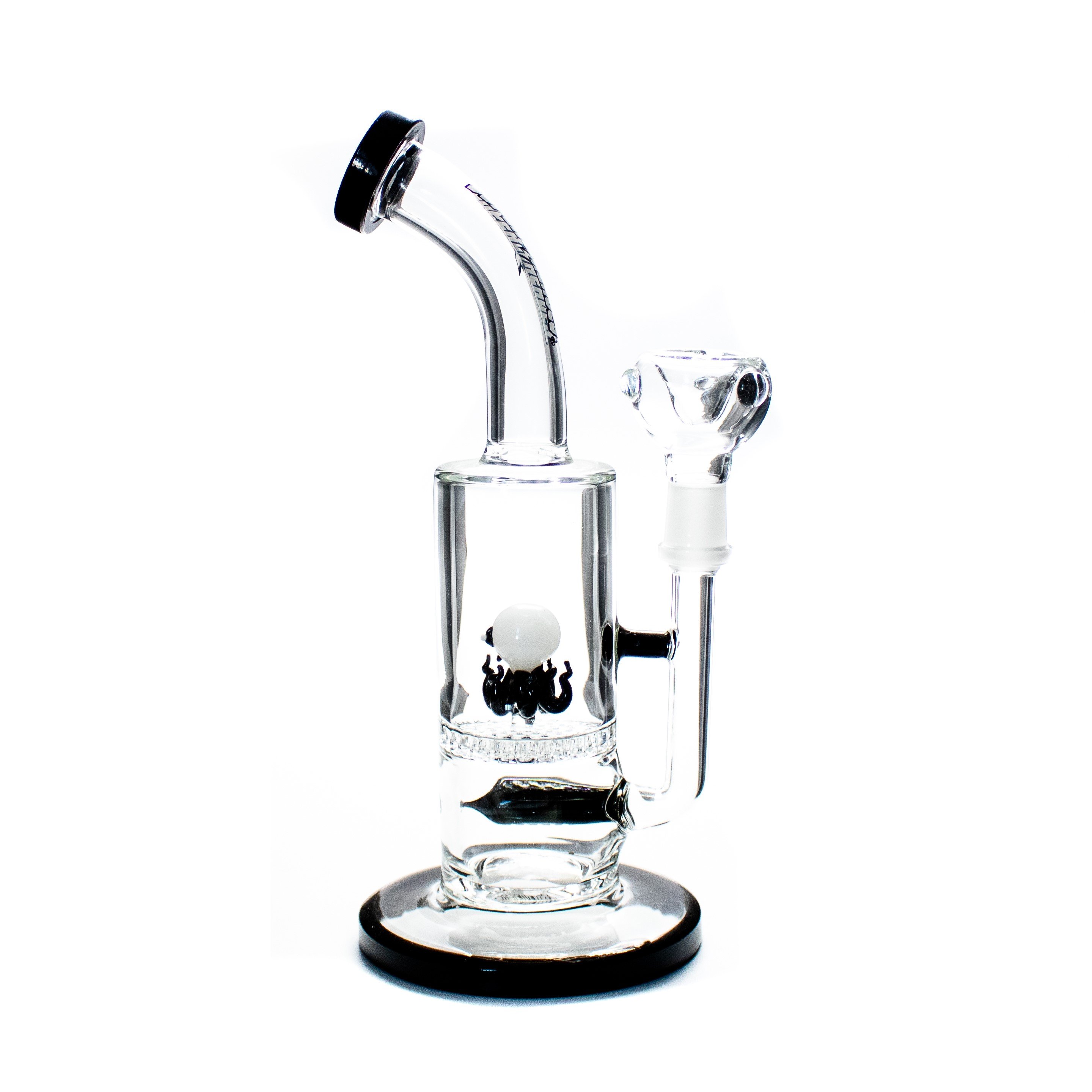 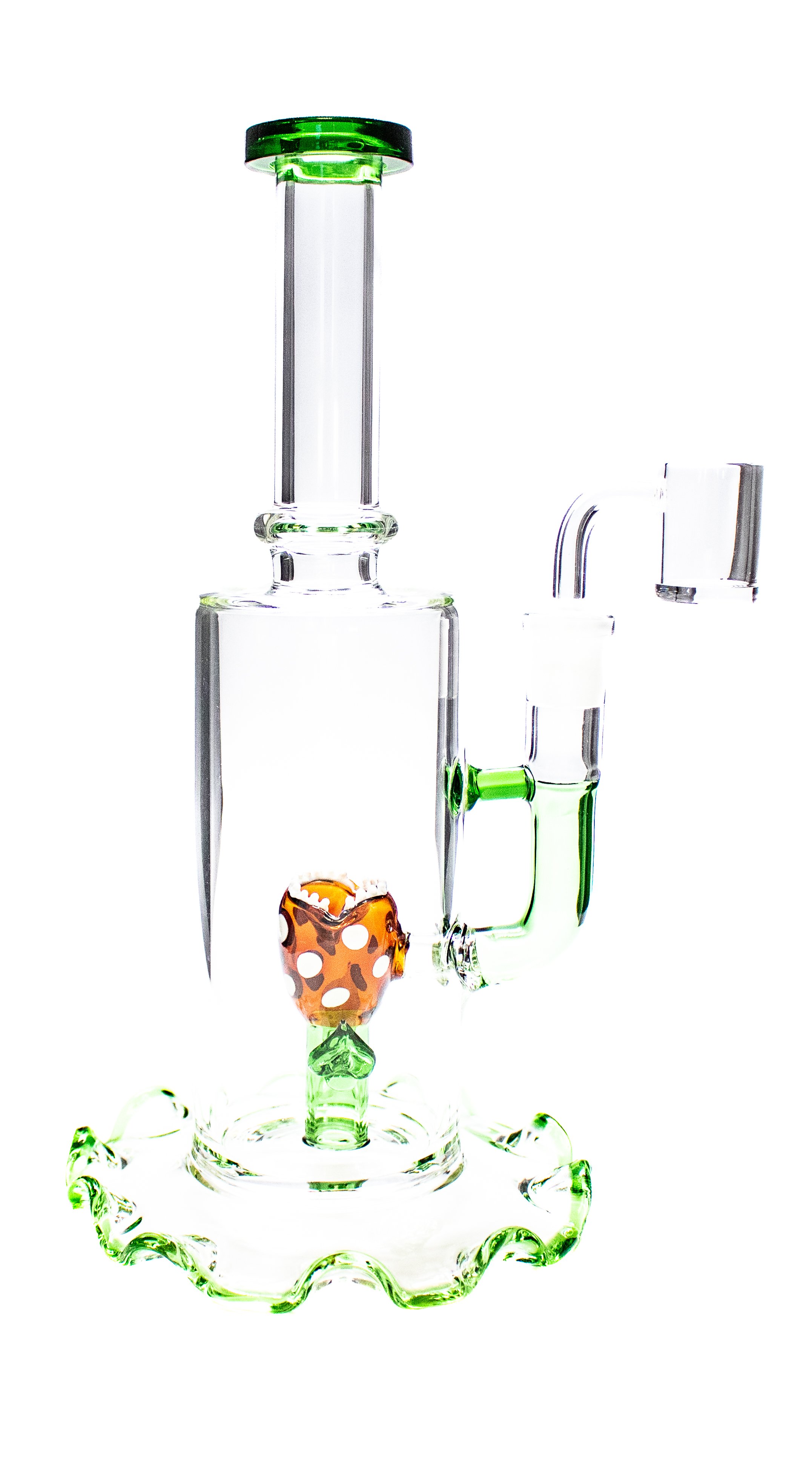 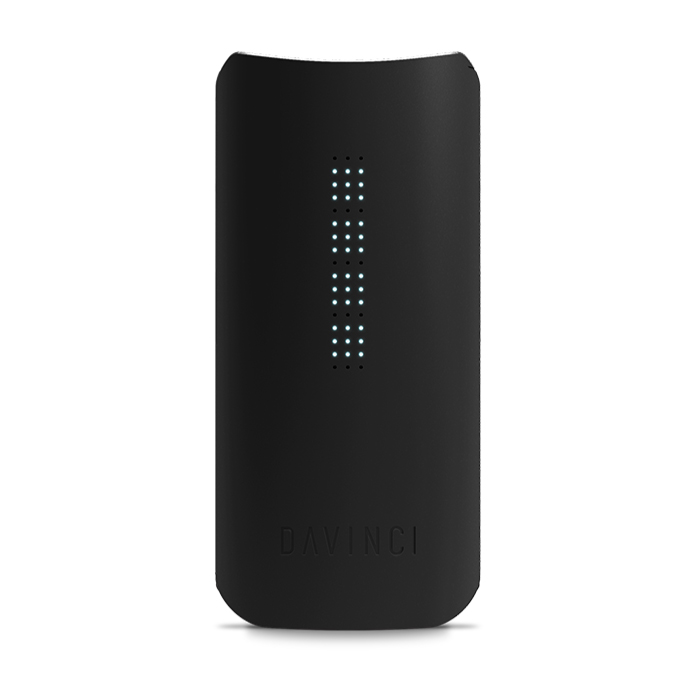 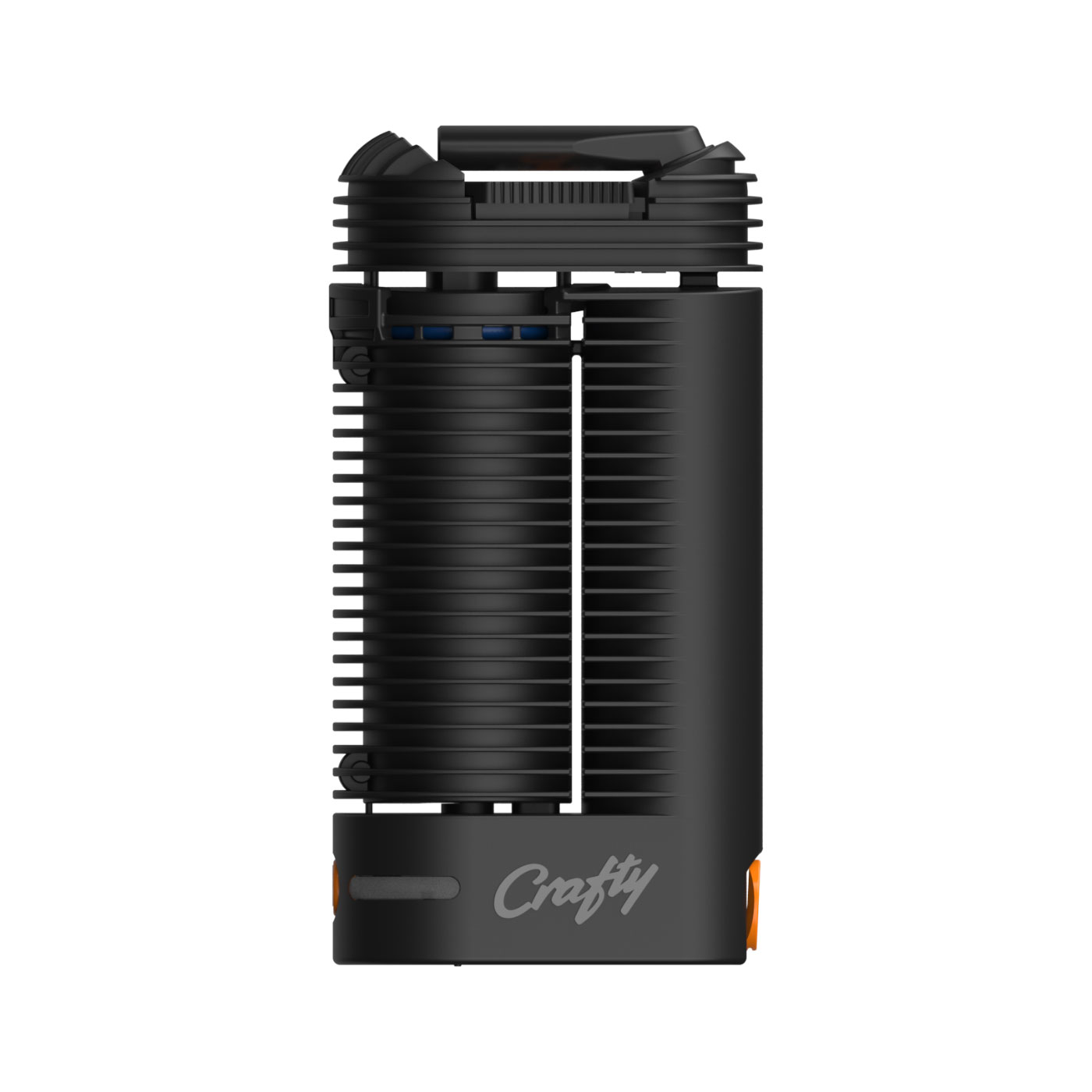 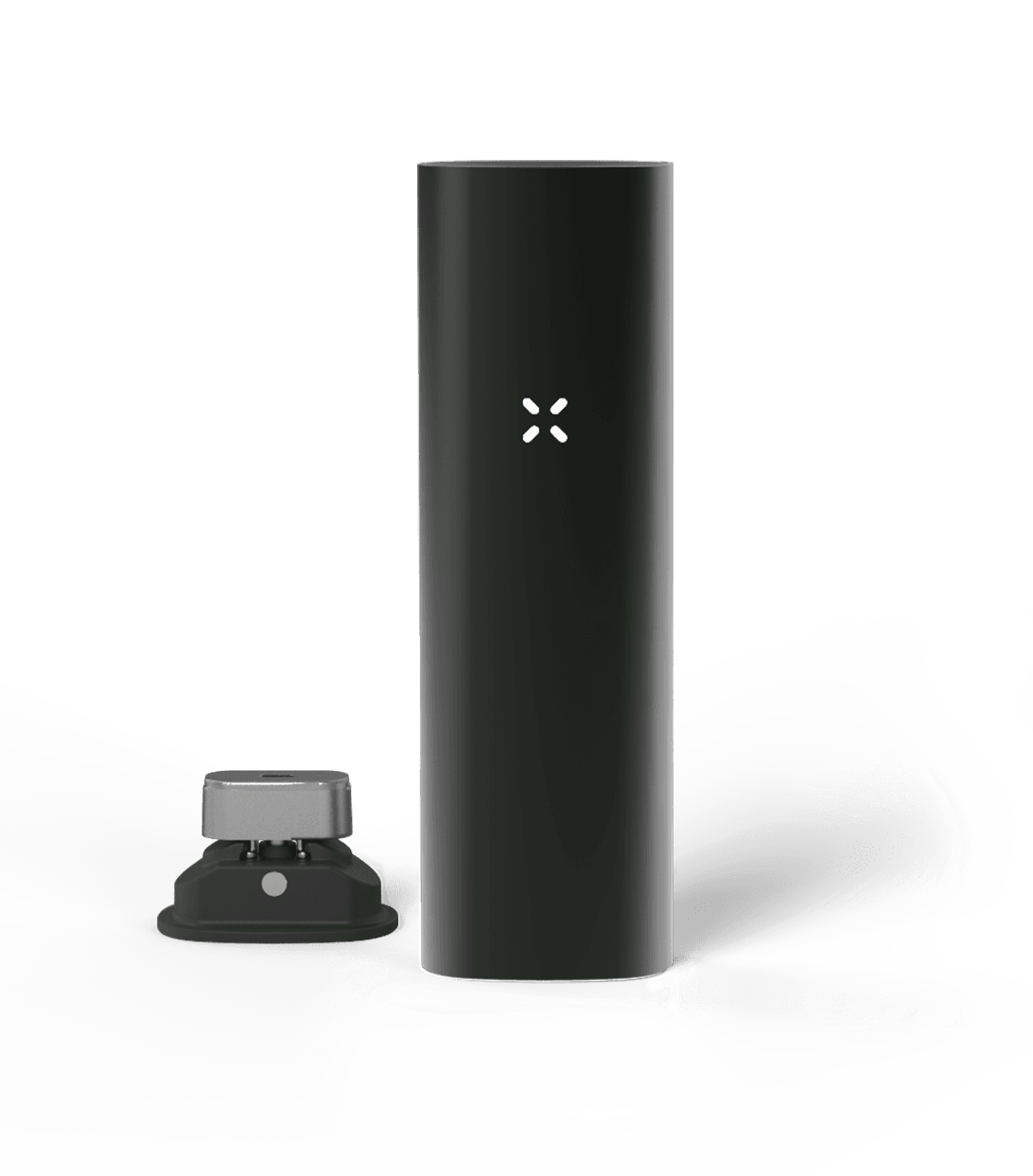 Which Cannabis extracts can you smoke from a Dab Rig?

There are a number of different extracts that are smokable through a dab rig. They’re mostly set apart by their appearance or their method of extraction, and each one comes with its own pros and cons.

Let’s take a look at some different kind of dab-ready extracts. 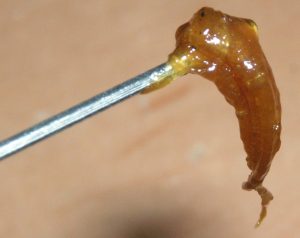 BHO is considered the original method of extracting a dab. It was the most common and popular for a number of years until people start to realise they may not want to accidentally smoke butane and is now a lot less common to come across thanks to safer extraction methods.

The extract is made by placing plant matter in a glass tube, with a tight mesh on one end, and a can of butane attached to a funnel on the other. The butane is then squeezed/sprayed through the tube, leaving a golden substance to drip out of the bottom. This substance is then heated until the butane has all evaporated, leaving you with a waxy, golden dab.

Fun fact: The level to which the extract is purged during heating will change the end consistency of the dab. This, in addition to other small changes in recipes, is how we arrived at the sub-types of dab like wax, shatter, budder, honeycomb etc. They’re all named after the appearance of the dab when the extraction process is completed. 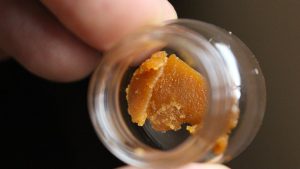 An example of what most refer to as “budder”

This extract uses the same principle as BHO, but instead of using a can of butane, non-toxic CO2 is used. This is a very popular and safe method and is also one of the most common methods that pharmaceutical CBD is extracted with.

CO2 dabs are often a little more soft or runny, and some claim they can taste a cleaner smoke – however, that’s entirely anecdotal.

Rosin is somewhat of a connoisseur’s way of extracting cannabis. It uses wax paper, whole nugs, and a heated press similar to how one might iron a print onto a t-shirt. This extracts the THC oils directly onto the wax paper, making for a very direct extract with no other ingredients.

As a more recent addition, it’s incredibly popular thanks to leaving any solvents out of the process – a factor which really changes how some people view dabs. Rosin is known for being very sticky and difficult to handle, but the pros outweigh the cons for most.

A pure CBD isolate can also be dabbed out of a dab rig. Many of those who use both THC and CBD in their consumption will combine the effects to level out their high using the entourage effect.

This means that if they’re uncomfortably high on THC, or not feeling quite as chilled as they’d like, they can level out the effects of the high with a dab of CBD. Otherwise, it’s also simply a great method to ingest a high dose of CBD with near-instant effect.

How to smoke a Dab

Since we’ve already outlined how dabs are smoked, it’s probably easier if you take a look at someone smoking a dab in person. Here’s an informative video we found.

There are a number of different methods available for smoking dabs, and each dabber generally has their preferred method. The whole concept of dabbing should be a lot less daunting to you now, so let’s take a look at some different kinds of rigs so you can choose the right one for you. 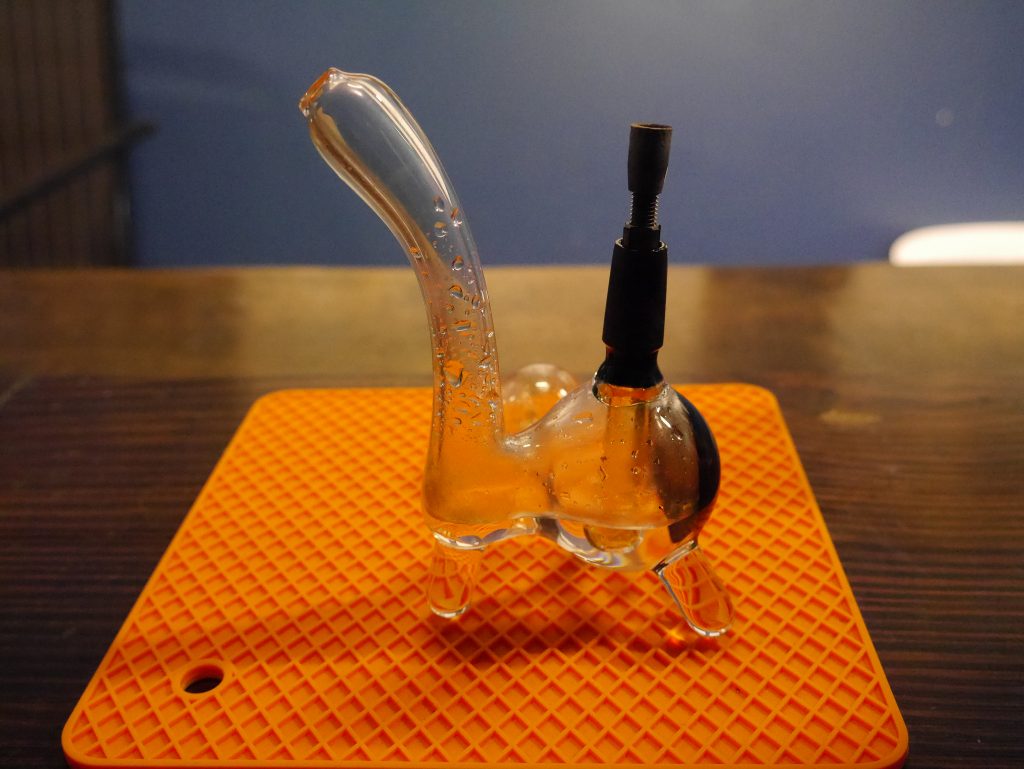 A Glass dab rig with a titanium nail

Most dab rigs are made of glass. If you find one that’s acrylic, we’d highly recommend against it due to the far more intense heat being used during dabbing.

Glass dab rigs use titanium or quartz nails, also referred to as bangers. Titanium is more durable, though most claim that quartz produces better flavours. It’s really up to the individual to try both and see what they prefer, although nothing looks quite as appealing as a fully transparent dab rig. 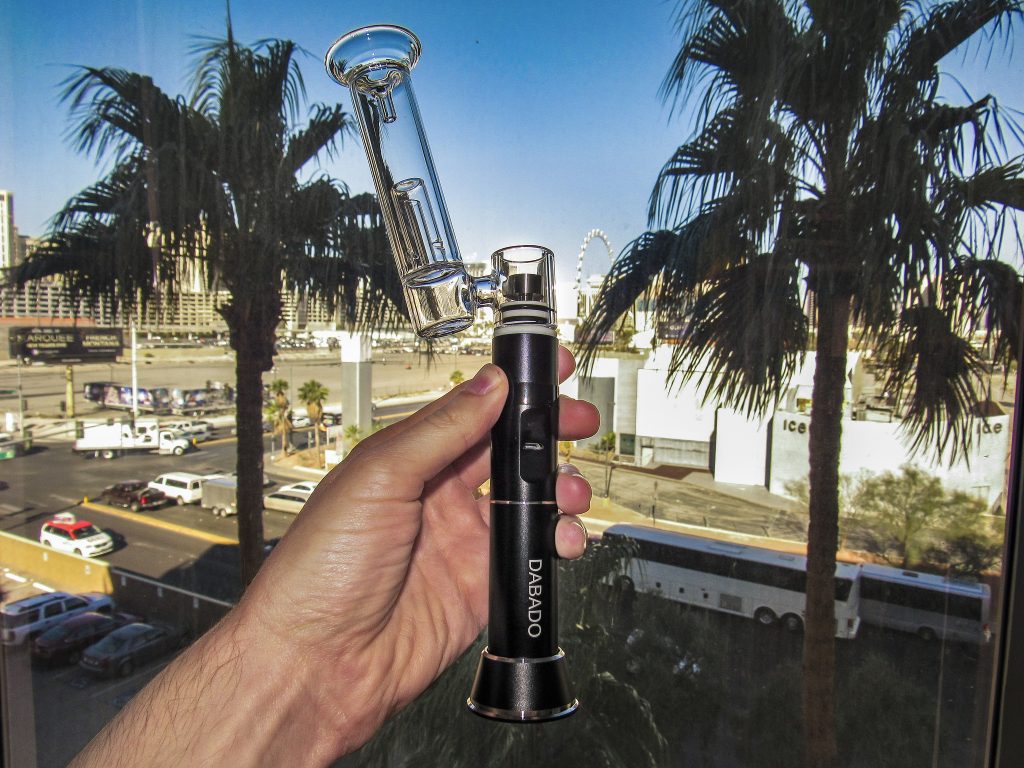 More recent in popularity are E-nails. These are nails connected to a wire that looks a lot like a soldering iron setup, which heat themselves negating the need for a blow torch. These are obviously much safer, however, they’re also a lot more appealing to those like us who would prefer not to whip out a blowtorch when they’re smoking. 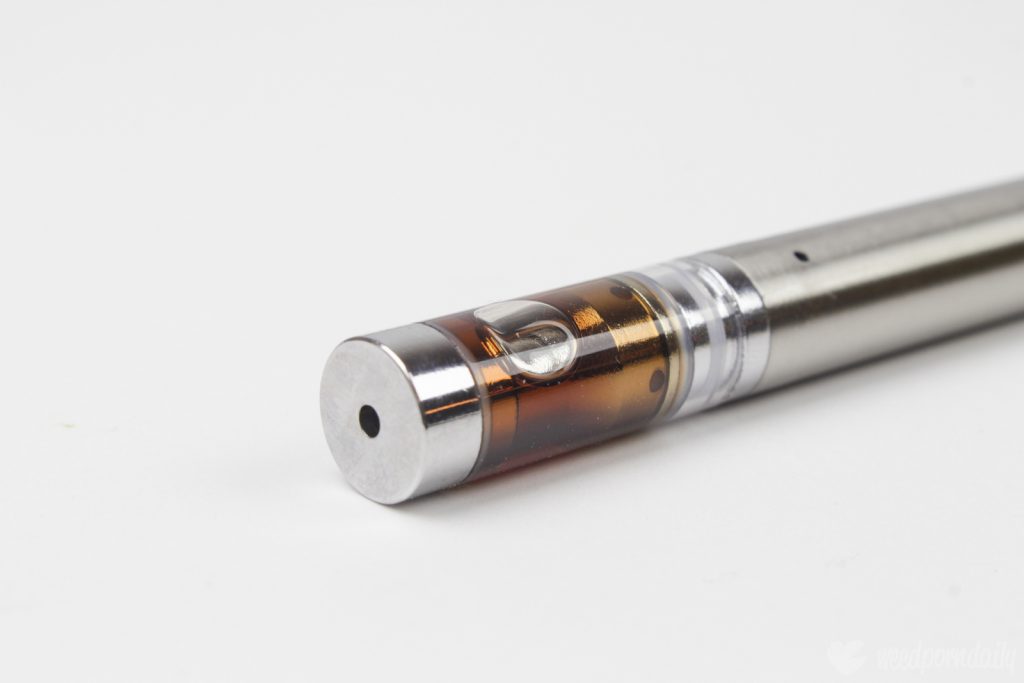 Vape Dab cartridges are by far the easiest and most convenient way to consume dabs. If you live somewhere overseas with cannabis dispensaries, you can buy them ready to attach to your vape. If not, you can simply dilute your extract with a little vape juice and fill up a cartridge yourself. Using the same principle, you can create a CBD vape juice too.

Do your research beforehand, however, we don’t want you accidentally ruining a beautiful gram of shatter.

By this point, you should be more than comfortable with the topic of dabbing. You’re going to sound well-informed next time you hear your friends’ Hunter S Thompson-esque stories of dabbing escapades, and you’ll be more than ready to make the call when someone pulls out the ominous dab rig and asks if you’re ready.

Always remember to let the nail cool, take a few deep breaths, and have a bottle of water close on hand for when the coughing starts!