How to make Cannabis Oil for Cooking in Four Steps

Eating weed is one of the best ways to get a nice high that’s a bit stronger than what you’re used to when smoking. When weed is heated, a number of cannabinoids convert and become active, such as THCA to THC. This occurs when smoking a joint, or cooking weed in brownies, or a bhang lassi. This way, you’re getting a stronger effect from the plant than you usually would by just smoking it.

So when cooking or extracting, be careful as its a lot more potent than when normal smoking and can last up to 5 hours.  Don’t try give cannabis oil to your furry friend, rather invest in a CBD version of the product.

If you’re a regular infused cooker like us at Cannabuddy, it’s nice to not have to repeat the extraction process every single time you cook. As such, we’ve written this guide to making your own infused coconut oil, that you can simply eat, spread, cook or fry with. It delivers a potent high and tastes great, as well as coconut oil being one of the healthy cooking fats out there.

Weed-infused coconut oil is great for making all different kinds of edible treats, from popcorn to fried chicken; cakes and brownies to roast veg bakes or lasagnas. If you’re not a fan of coconut oil you can substitute it for Olive Oil, but we found the Olive Oil doesn’t retain its taste as well after infusion. 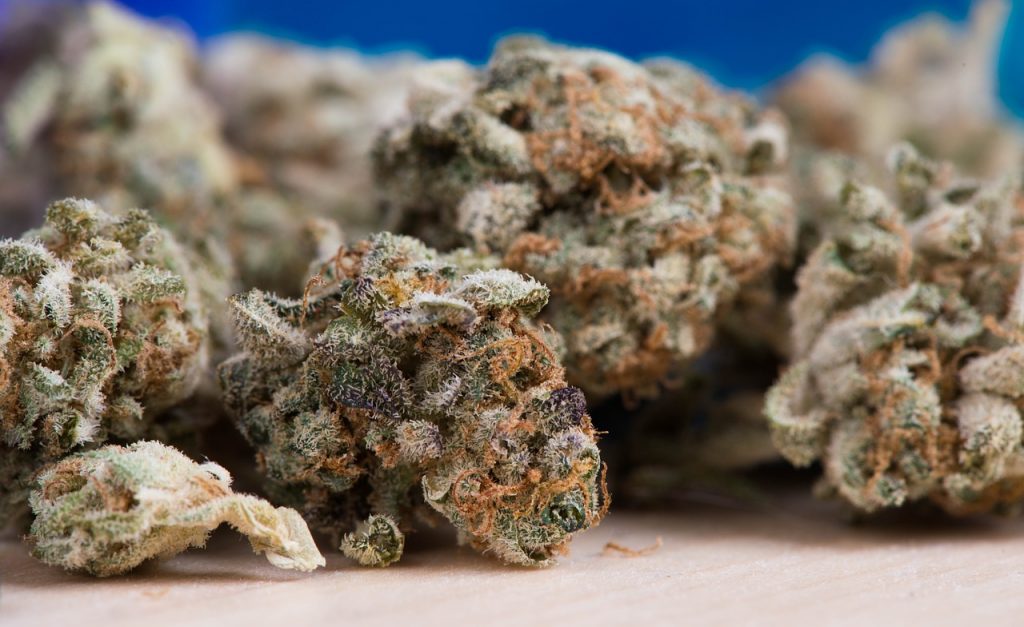 It also makes for a great way to ingest weed as a medicine. One can simply place a little bit in a warm drink, or on a spoon just to swallow. Similar to the RSO Oil we mentioned earlier in the article, you’ll start to gain some effects after 45-90 minutes. If you know anyone who needs cannabis for sleep, pain or appetite loss but hates smoking, this might be the route for them.

It’s pretty cheap to make, and you shouldn’t have any issues even as a first time weed cooker. So sit down, light up a spliff and take a read through our guide on how to make dagga oil at home with coconut oil. 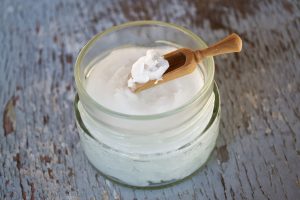 Coconut-Cannabis Oil is pretty simple and straightforward to make. Here’s a list of the tools and ingredients you’ll need to make the tincture

You should usually use weed of around the same strength you’d smoke. The rule of thumb is that if you’ve never tried edibles before, and are trying to decide how much to eat, you should eat the amount that you’d usually smoke in one go. This will likely produce far stronger effects than you would expect.

Use a bit less flower if you want it less potent, or a bit less coconut oil if you want it more potent. However, remember that as fun is it is to get entirely blasted from some edibles, there’s nothing more frustrating than having lovely infused cooking oil that you can’t touch for fear of being sent to the nether realm. You can also use CBD Bud if you’re looking to make a purely therapeutic oil.

What strain should you use to make dagga oil in South Africa?

This is really dependant on your personal taste. We’ll always make the oil using a strain that we’re currently smoking to try it out, or one we’ve used before that we know is nice. Infusions like this are also a great way to get rid of trim from your grow, or any shitty weed you have lying around that you know will be a tough smoke.

We’d personally recommend a hybrid strain with equal parts uplifting and stoning effects. It’s nice to be able to regulate your dose to decide how lucid or energetic you want to be. While edibles can be pretty flooring, we’ve tried a number which have given us huge amounts of energy, uncharacteristic of weed during the peak. A great example of this is cannabis tea, which can go one of two ways.

The only thing to watch out for is going too deep. If you pick the dankest, most sleep-inducing indica to make oil from, its effects are going to be even more pronounced and amplified and you’ll probably do nothing but sleep. The same goes for a very cerebral strain, which if too strong could leave you with a panic attack.

Thus due to the nature of the edibles, it’s always good to pick characteristics over strength and let the oil itself do the power lifting. If you want something sleepy, pick a mildly sleepy strain, the same goes for cerebral, giggly, etc.

Step One: Prepare the Ingredients for your Cannabis Oil 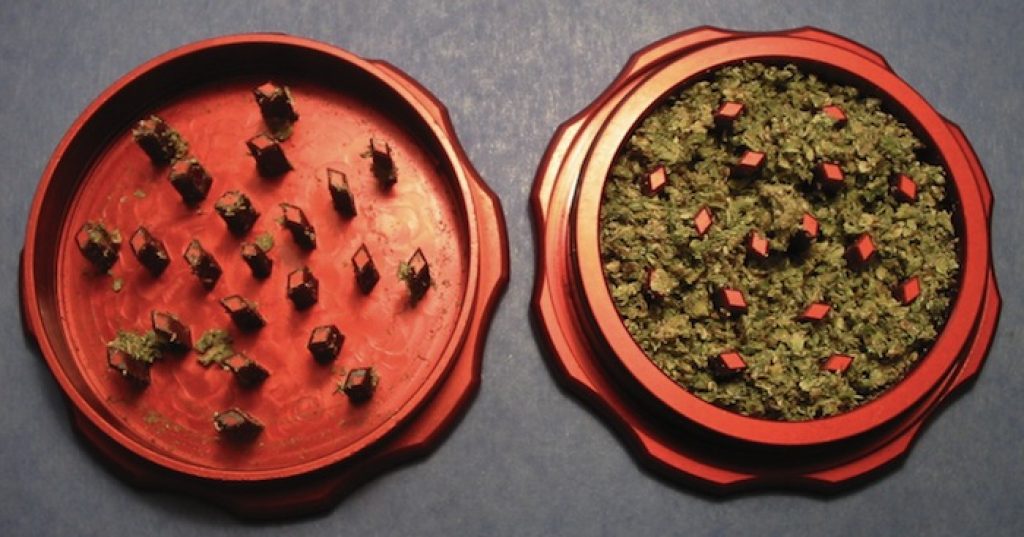 Grind your bud finely so that it has more surface area for extraction.

Begin by grinding up your weed, using a spice grinder if you have. As we mentioned before, you can use flower, trim, sugar leaves, or even stems and stalks if you’re looking to extract the cannabinoids from all the various parts of the plant.

We had great results once using the trim from an outdoor sativa plant. It made around one cup of tea’s worth of oil and was a true blast-off.

Be sure not to grind it too finely since that can work against you when straining your plant matter out of the mixture at the end of the process. 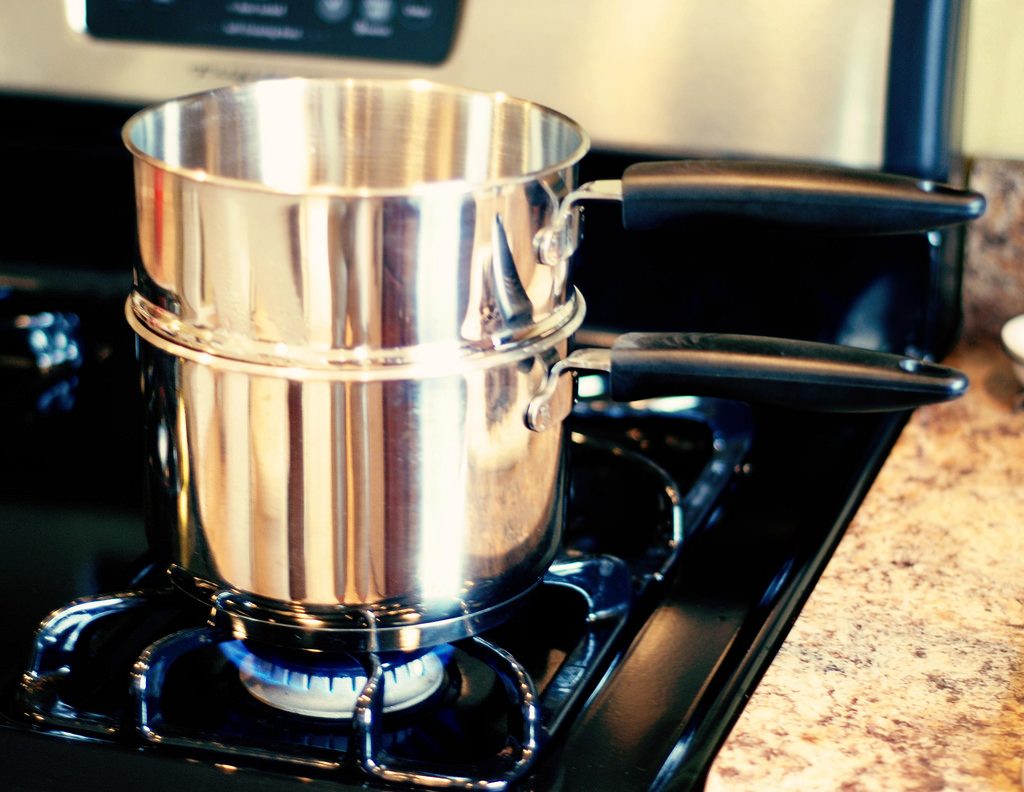 A double boiler is the best way to maintain steady heat if you don’t have a slow cooker.

This is best done during a day at home, where you can keep an eye on things, be sure extraction is happening and that nothing is burning.

You can add small amounts of water to the mixture to prevent burning, and always make sure to give the mixture a bit of a stir if you think it’s getting too hot.

Decarboxylation occurs around 110-115℃ (230-240F) most efficiently, however if you let it rise above 245F for too long, the heat with decarboxylate the cannabis too intensely, burning up the THC and letting it go to waste.

Once your oil is sufficiently infused (it should taste and smell slightly to very weedy), you can strain it into a jar or bottle using your cheesecloth. Strain it a number of times if you’re picky about plant matter, and be sure to label the oil to prevent any nasty mishaps from occurring.

Placed in a well-sealed jar or bottle, in a dark and cool place or refrigerator, this oil has a shelf life of around 2-3 months. 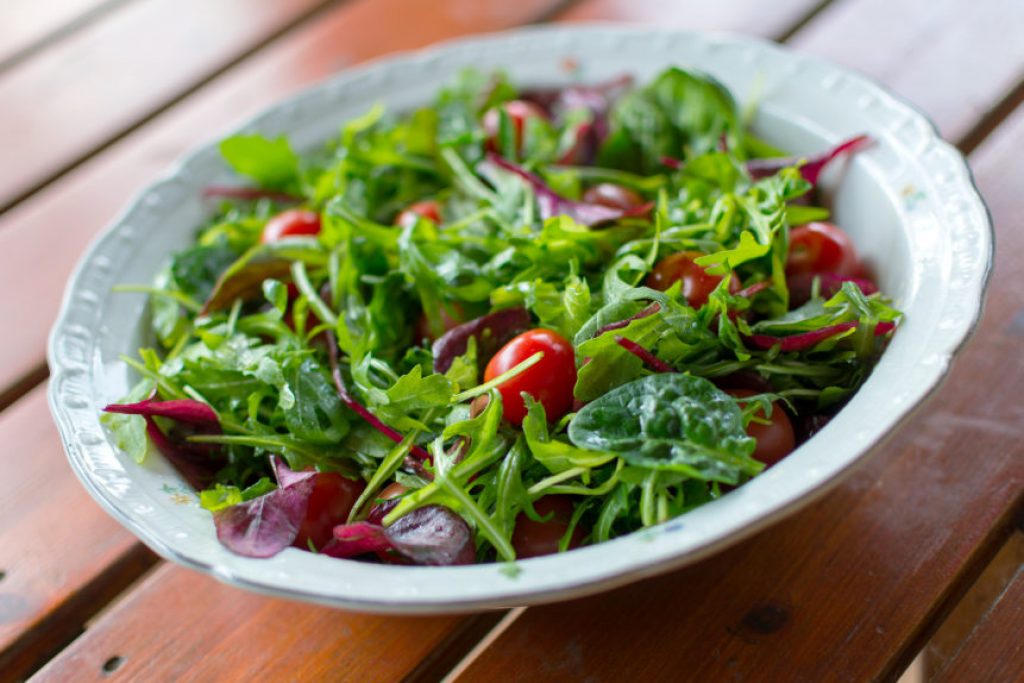 Once you’re ready to enjoy your oil, simply use it as you regularly would in cooking. You can substitute it in all the places you’d usually use a regular fat or oil. Beware, however, of using too much. If a recipe calls for what seems like a lot of oil, only substitute a portion of it for infused oil, not the whole lot.

You can also drizzle the oil over salads, roasts or toast for a quick and easy way to get high; or make an infused weed tea or latte if you want to try something new.

Indoor or Outdoor? Choosing How to Grow Dagga in South Africa