Is Weed Legal in South Africa? | Understanding The Laws Around Dagga

For most South Africans, the day that the Constitutional Court would pass down a judgment that legalized marijuana could have never been imagined. Well, sort of.

The court has made it legal for adults to cultivate and smoke marijuana within their homes. If you’re not sure what that means exactly, here is a simplified rundown of everything to know about marijuana and the laws surrounding it in South Africa.

In 2018, the country’s highest (excuse the pun) court, ruled to decriminalize the use, possession, and growth of marijuana. This means any adult can have or grow weed within a private dwelling. You can imagine that in 2018 this was pretty revolutionary and at the time, this was considered one of the most lenient laws in the world when it came to marijuana.

Fast forward a couple of years later, and the South African drug laws haven’t propelled the country into a cannabis tourism destination like Amsterdam. But it is still very possible to enjoy cannabis in South Africa without getting into trouble. Here’s how:

When the Constitutional Court drafted this law, they categorized marijuana in South Africa to be defined as anything that contains tetrahydrocannabinol (THC), including edibles, oils, and vaping liquid.

So, is Marijuana Legal in South Africa? 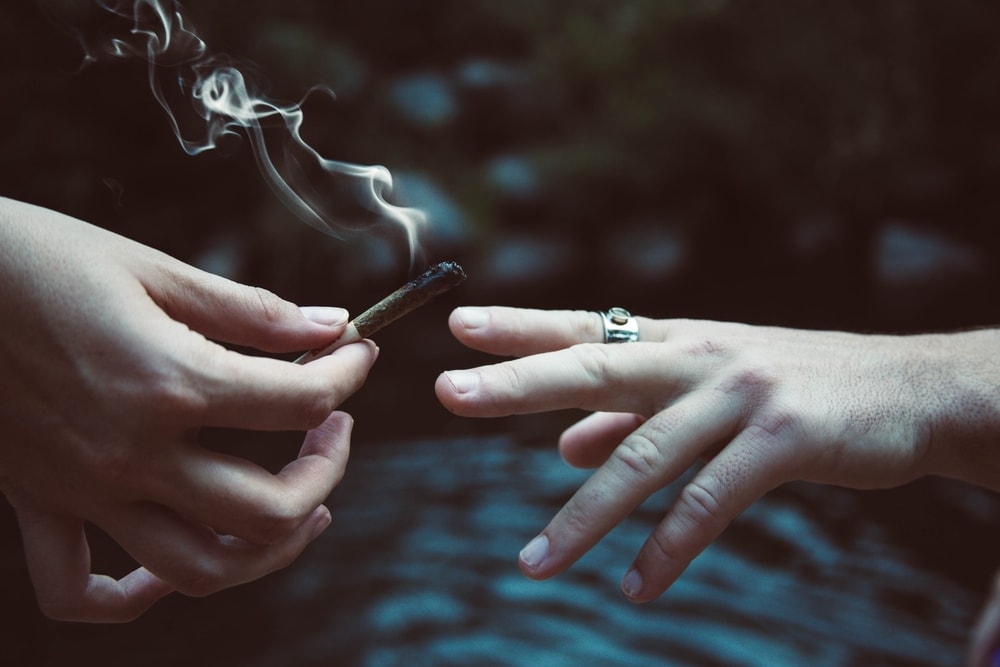 They say, ‘rules are meant to be broken’ but when it comes to possible jail time – we would air on the side of caution. The Cannabis for Private Purposes Bill deals with personal use by an adult and proposes a maximum jail sentence of 15 years for anyone who deals dagga in South Africa or provides it to a minor.

Also, smoking weed in public, or in close proximity of any non-consenting adult could lead to jail time of up to two years. Anyone smoking around children can get up to four years in jail.

It sounds like the answer to the question is a resounding, ‘no’. But, we promise, marijuana in South Africa is legal – as long as it’s experienced privately. According to the Bill of Rights section 4, dictates that South Africans are ‘entitled to live a life that’s not interfered with/by private or government institutions.

South Africa has finally joined its neighboring countries, Lesotho and Zimbabwe as the third African country to legalize the personal use of marijuana. Lesotho was one of the first Southern African countries to legalize cannabis usage in 2008. While Zimbabwe legalized weed in April 2018.

Too Much of a Good Thing

If you’re wondering how much weed you’re allowed to have in South Africa, the Regulation of Cannabis Bill states that: South Africans can possess up to 600 grams per person, with a maximum of 1,200 grams per household. Public possession however is limited to a maximum of 60 grams. But remember, public consumption of marijuana is illegal.

Remember, South African law enforcement officials have the final say. If you are caught with marijuana, it’s at the polices’ discretion to decide if the amount found is a small amount of weed or above what is necessary for private use.

As defined in the bill, “private places” are buildings, houses, rooms, sheds, huts, tents, mobile homes, caravans, boats, or land to which the public does not have access or rights to. 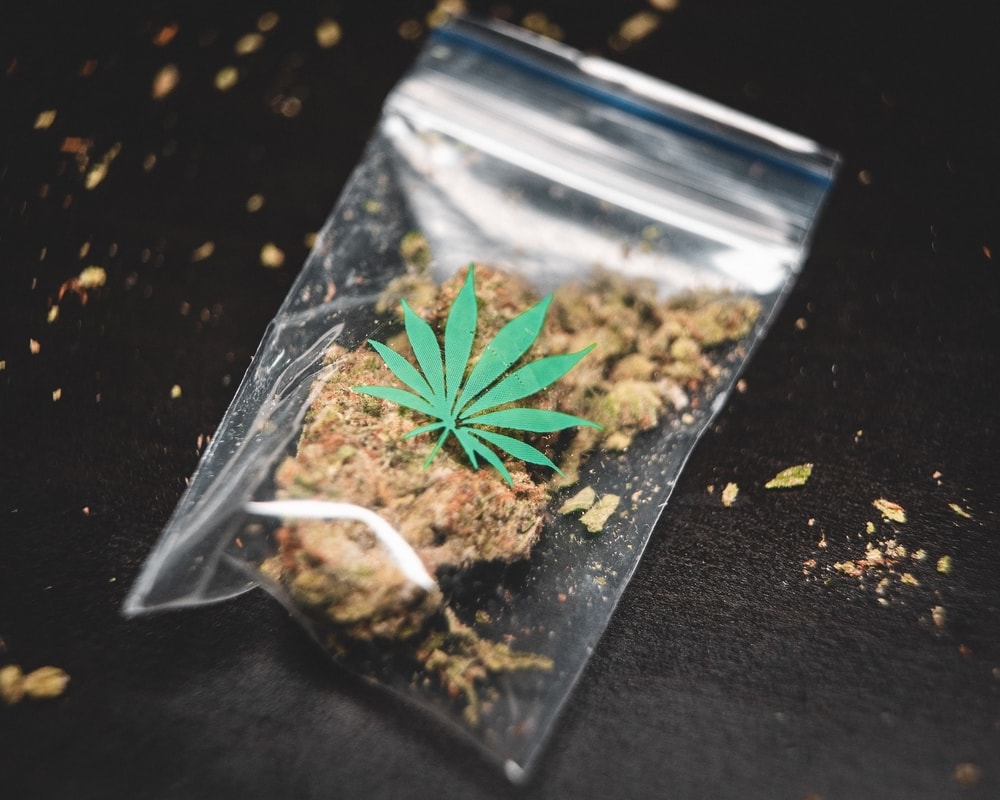 If you’re thinking about cutting out the middle man and cultivating your own South African weed, you’ll be happy to know that you can have an unlimited amount of seeds and seedlings in your possession. However, you can only have four flowering plants for those living alone, or eight for homes with two adults or more.

You can also only have 600g of dried cannabis if you live alone, or 1.2kg in homes with two or more adults.

What About a Cannabidiol South Africa?

In the legal battle between Cannabidiol (CBD) and Tetrahydrocannabinol (THC), CBD was made legal in South Africa in 2019.

The Department of Health announced in May 2019 that CBD products can be legally purchased as long as it doesn’t exceed the maximum daily dose of 20 milligrams. It is also important that CBD sellers don’t claim to fully treat or cure any specific condition.

SA Weed Has So Much Potential

Since the legalization of CBD products in South Africa, citizens can purchase a range of CBD products from online dispensaries like Zootly and Africanpure. There are also physical stores popping up around the country like Puff Puff Pass in Johannesburg.

CBD is a non-psychoactive compound extracted from marijuana, and many products from beer to doggy treats can contain it. Most of these CBD products are already widely available in South  Africa. This suggests CBD products add significantly to the country’s economy and the cannabis industry.

According to Prohibition Partners, the South African market for marijuana and associated products has an estimated value of 27 billion South African rands ($1.6 billion) by 2023. With those projected numbers, the tax revenue the South African government can claim from the plant could fast-track its full legalization. 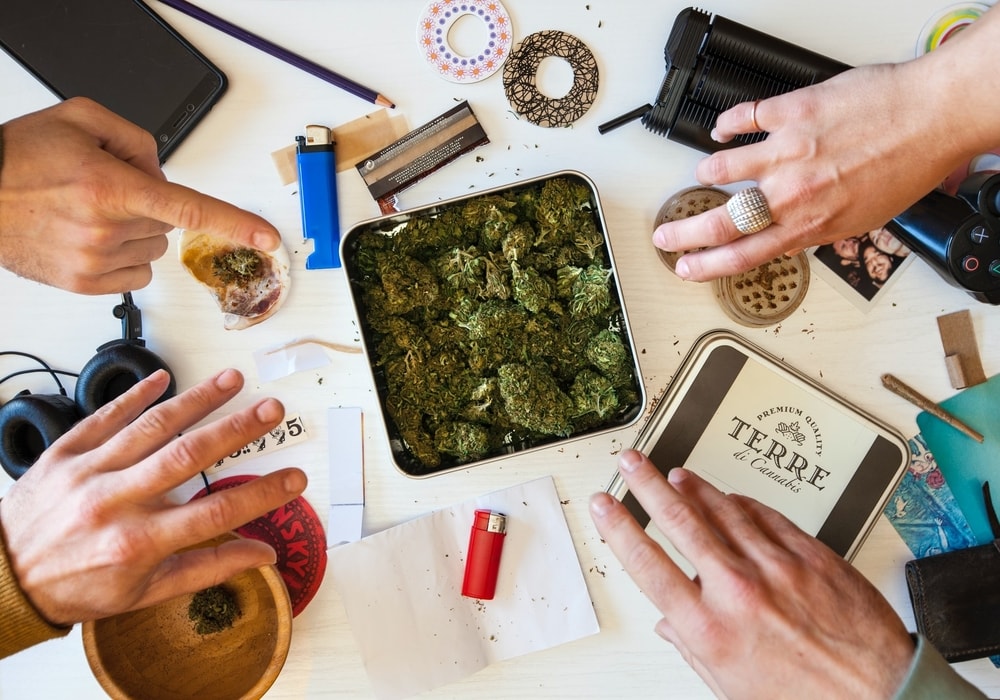 While buying and selling cannabis is still illegal, there is still room to remain optimistic about the possibility of full legalization in the future. It’s also a little funny, yet reassuring that even the country’s finance minister, Tito Mboweni, has regularly updated his Twitter followers about the growth of his giant pot plant. This shows that there are probably more people who champion full legalization than you think.

So before you go ahead and start sowing seeds for some Durban weed (also known as Durban Poison) at home, remember that as long as you abide by the personal use laws – you’re free to fly.