Since a few countries began to re-legalize cannabis for cultivation and consumption, the search for specialty strains has become a hot topic amongst those obsessed with growing.

From recreating strains from past experiences, to creating new phenotypes of super popular strains (just take a look at Girl Scout Cookies and all its variations), growers have quite literally gone to the ends of the earth and back in search of new genetics to use to expand the variety of subtypes they’re able to cultivate.

A very important part of these experiments is landrace strains. Landrace strains are strains that have evolved and developed into their own subtype with unique characteristics and identifying factors. Many of these landraces in Africa still exist with very little human interaction, an action that often ruins the sanctity of these genetics.

A great example is Durban Poison, our local “golden boy” of a strain. This strain has long been sought after by international growers and has since been bred together with other plants to create some of the most popular world-class strains. 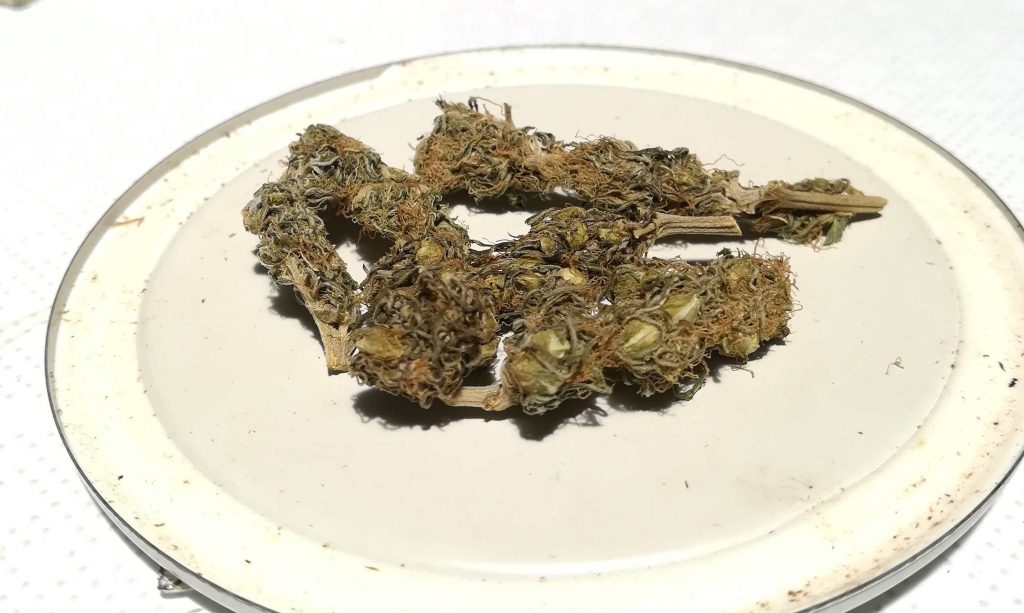 Some buds with Rooibaard genetics

Rooibaard, in short, is just another Southern African landrace which originated in Transkei. Also known as Swazi Red (A blend of Rooibaard and Swazi) or Redbeard, it’s named as such for its smattering of distinctive red hairs all over the buds, where most other strains have far fewer hairs, in much less distinct covers.

It’s a high-THC, sativa landrace strain known for incredibly resinous buds, and a taste stereotypical of South African weed – earthy, coffee ground and dirt flavours, not dissimilar to that of a quality tobacco cigar.

This, however, does not do nearly enough justice to the history that this strain holds. Thanks to a lack of interest like that which Durban Poison attracted, this strain has effectively been lost. It’s been a popular strain to find around South Africa in the past, which almost anyone who smoked South African weed in the 70s-90s would have heard of. Unfortunately, it has now been lost thanks to a lack of knowledge around preserving genetics, and the all-too-common myths and stories that we find littered around weed culture worldwide.

The remnants of the strain’s offspring can be found in cannabis all across the country. If you’ve ever encountered some classic TK (Transkei) weed with a large number of hairs, or perhaps something a little less ‘majat’ which looks relatively normal, only with deep red hairs, you’re likely smoking something which came from Rooibaard somewhere along the line.

Why is Rooibaard one of the most important South African Weed Strains?

Firstly, landraces are important because, in western weed culture, we’re kinda running out of genetics. We’ve been breeding the same strains together for so long that many are almost becoming mirrors of each other – everything is just a sativa / indica hybrid with the biggest differences being THC content and flavour. 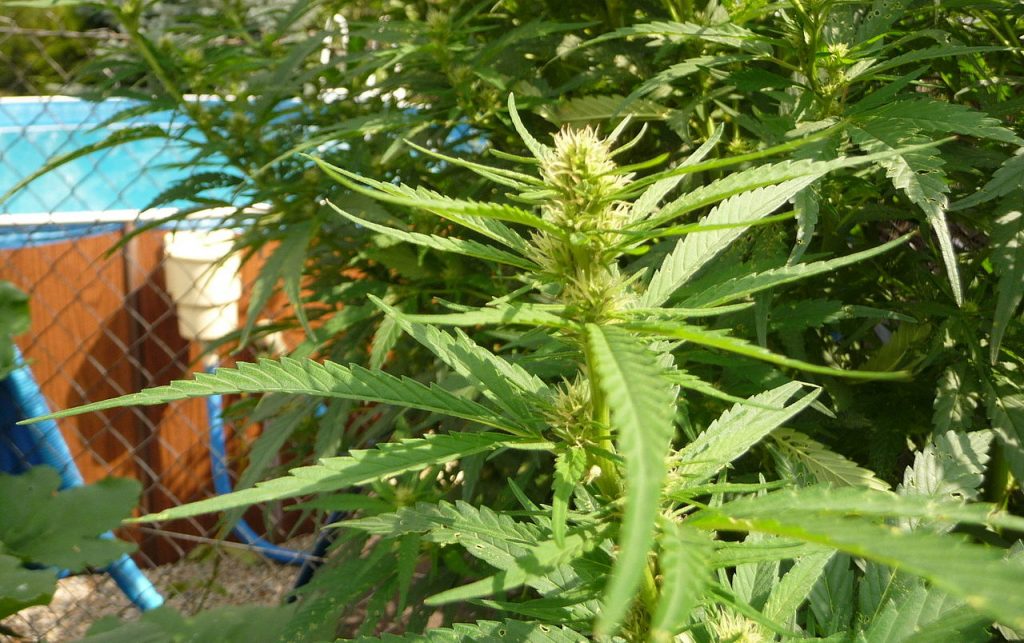 This isn’t rooibaard, but rather a strain that grows very similarly.

Landraces are so promising as they have been found to contain vastly different levels of cannabinoids compared to anything we’re used to. For example, Red Congolese, a strain sought after by the famous Strain Hunters of Amsterdam, contains incredibly high levels of THCV.

THCV is a cannabinoid found in minor levels in most weed plants, and is a very interesting one indeed. It’s an appetite suppressant, it’s shown to aid in regulating blood sugar levels and reduce insulin resistance, as well as helping to reduce panic attacks and stimulating bone growth. It would be very interesting to see if a strain with high THC and THCV but low CBD would still be as calming as one with high CBD, when considering the entourage effect.

As we begin to reach a real snowball effect in both the medical and recreational cannabis industry, features like a high-THCV strain are incredibly important to keep pushing the boundaries of what we can do with cannabis.

From a more sentimental approach, however, it’s important because Rooibaard is a strain unique to our local sub-regions, and as such should be preserved. While it’s a few dozen years too late for that, the sentiment still remains that landraces are incredibly important to cannabis culture and cultivation.

Can you find Rooibaard weed seeds in South Africa?

While there are a number of seeds advertised online as Rooibaard, we can almost guarantee that none of these are legitimate Rooibaard. If you’re really into the idea of getting your hands on some, you can join the long line of growers searching the country for some real Rooibaard seeds. 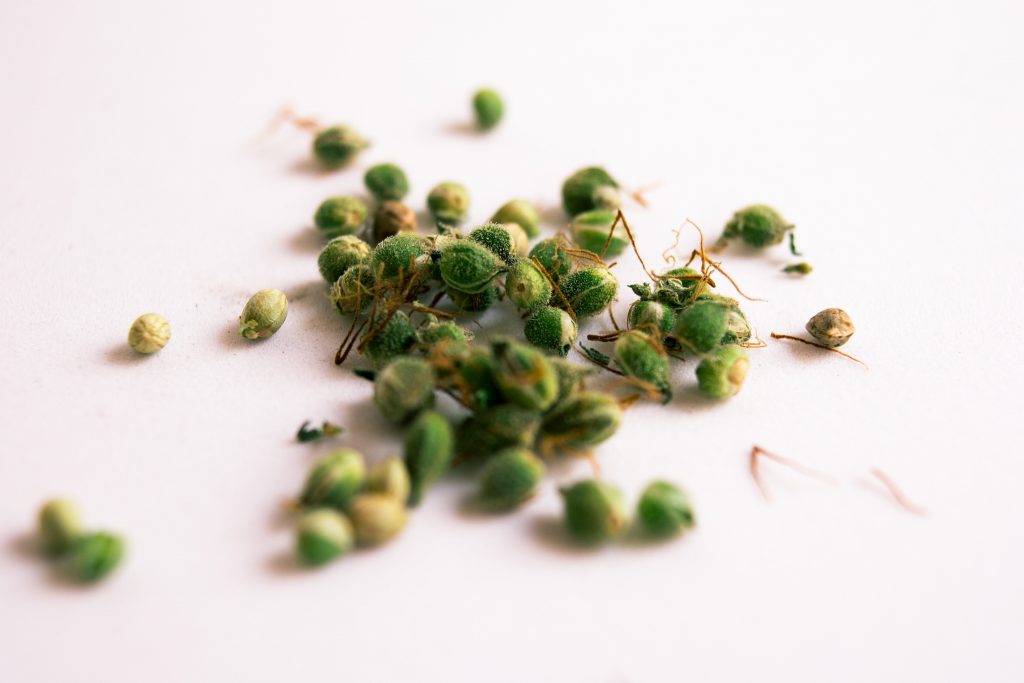 If this is an expedition you want to take seriously, we’d recommend heading up to the Transkei, finding and talking to local growers who have been cultivating for years, and start inspecting the buds you come across. While you’ll never really know if what you’ve got your hands on is true Rooibaard, there are a number of stories of growers with secret stashes of the seeds or buds out there in the wilderness. So you never know, you might just get lucky.

How to make Cannabis Oil for Cooking in Four Steps