If you’ve ever tried to eat raw weed, you’ll know it doesn’t really do anything. On the other hand, if you’ve ever eaten weed edibles, you’ll know that they’re far, far more potent than smoking weed, even if you ingest the same amount of cannabis.

The reason for this is decarboxylation – an integral process in the ingestion of cannabis. It’s a process we’ve known about as cannabis-consuming humans for thousands of years, even if we didn’t previously understand how or why it was happening.

Let’s take a look at decarboxylation in detail, the how’s and why’s, and how best to perform the simple scientific process.

What is Cannabis Decarboxylation and why is it Important?

Decarboxylation, from a scientific perspective, is the process of removing a carboxyl group from a molecule, releasing carbon dioxide (CO2). Make sense? No? Great, cause it’s not really relevant. We all know THC is the chemical in weed that gets us high. It exists in small amounts in fresh marijuana buds, but mostly in the acidic form of THCA.

THCA is an acidic version of THC which has very little intoxicating effect – however when heated to the right temperature, for the right amount of time, it becomes THC, the all-powerful intoxicant that creates most of what we understand to be the “high” from weed. The process occurs in other cannabinoids too, however they’re not really the kind that get you high – they’re more just there for the entourage effect. 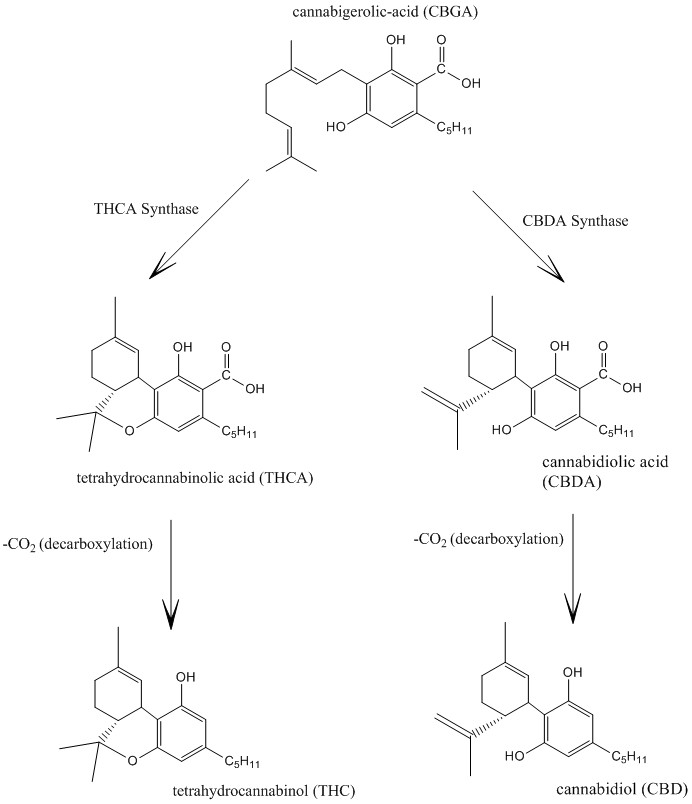 An illustration of the confusing chemical process of decarboxylation.

As such, it becomes clear that decarboxylation, or “decarb” as you may see people refer to it, is integral as part of the process of becoming intoxicated from weed. In short, it’s the action that gets you high. Decarb obviously occurs when smoking or vaping weed, thanks to the direct flame or heat produced in the device. However, some claim that decarbing weed prior to smoking will make it more potent.

It’s most important, however, in cooking. When making cannabis-infused oils for cooking, one needs to spend a few hours cooking the plant matter in the fat, firstly because THC binds to fat very nicely making it a great carrier, and secondly because the plant matter needs to be heated to just the right temperature for the right amount of time to become ‘active’.

How do you Decarboxylate Weed?

There are a number of methods to use to decarb weed, mostly dependant on your intent with regards to how you’re going to use it. You’ll find very varying responses on the times and best temperatures for decarboxylation.

You can either decarboxylate your cannabis on its own, or do so in the process of binding the THC to a fat or oil, as one might do for brownies or a cake. 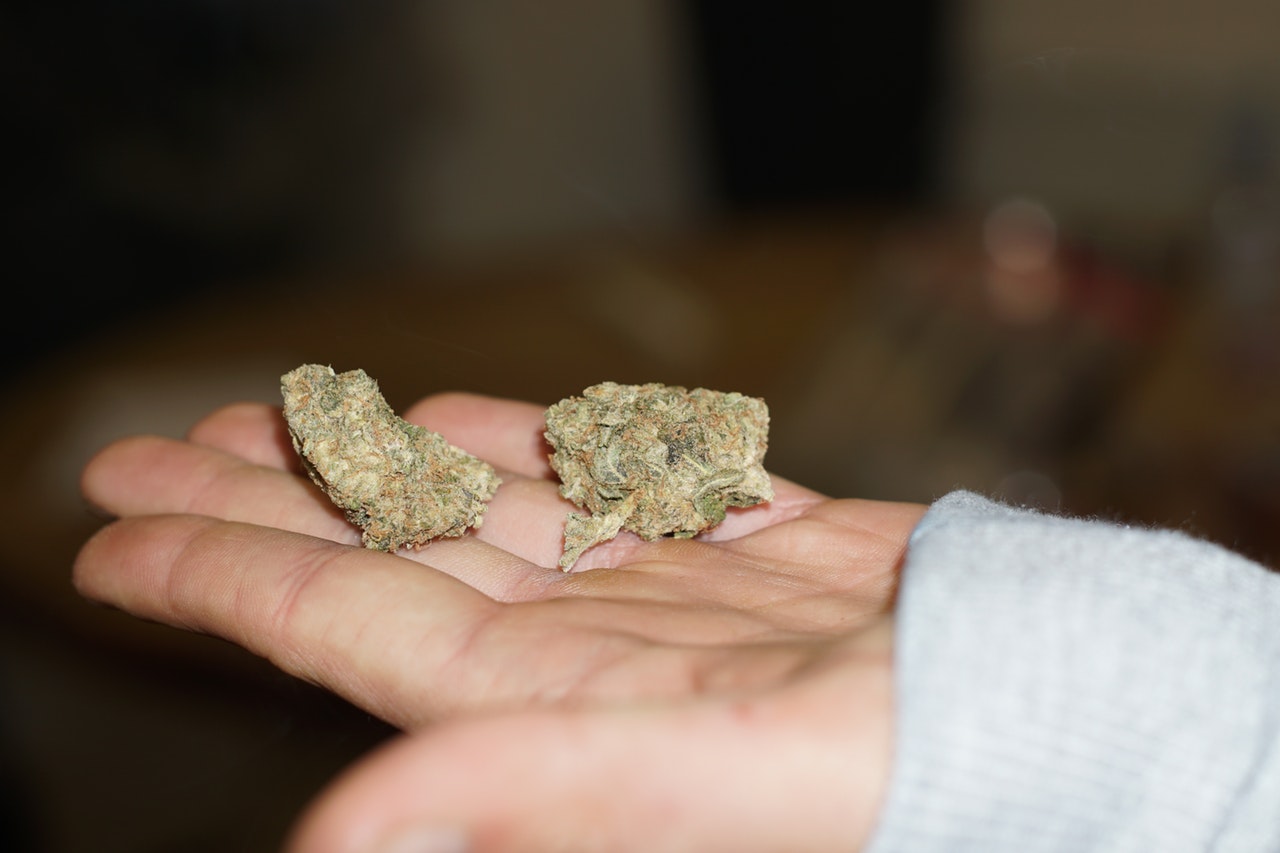 The general rule of thumb is 115 degrees Celsius (240 degrees Fahrenheit), for 20-30 minutes. The idea is that the THCA converts over time, at a given temperature – this means that it doesn’t all magically decarb at temp, but rather the decarboxylation process begins at a given temperature, and carries on for a certain amount of time.

Some go higher for shorter (we personally wouldn’t suggest this for fear of heating the THC to a level that it burns and becomes inactive), or slightly lower for longer. There are recipes that call for four to six, or even eight to twelve hours of decarb using a fat or oil.

You can simply place your buds on a tray of sorts in the oven, and decarboxylate at these temperatures and times. Our own recommendation would be to bind it to a fat or oil, such as coconut or olive oil, in a pot or double boiler. This method is a lot easier as you’ve got better temperature control, as well as a buffer between the heat and the weed. We found the best results were a low simmer of around 110-120 degrees celsius, for 35-45 minutes over a low heat.

You should now be up-to-scratch on your decarb terminology and methodology, and ready to sound like a real know-it-all next time someone is making brownies. Go ahead and experiment with decarboxylation, it adds so many possibilities to what you can do with cannabis and can really be a great time.

Try out a few recipes, make some tea and sit back and enjoy the wonderful effects of this plant we all seem to love.

Indoor or Outdoor? Choosing How to Grow Dagga in South Africa